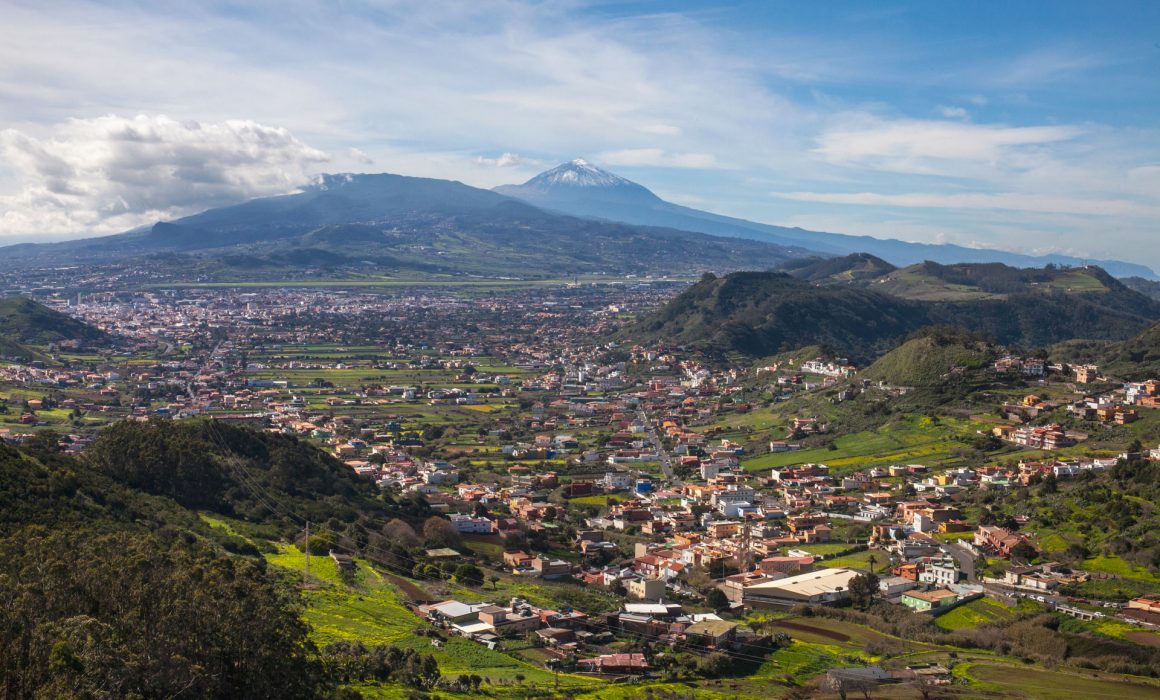 After a chilled and not very exciting summer 2021, I got back to Tenerife in September.

Since my girlfriend is a school teacher without a fixed position (interina is called in Spanish), she could be assigned to any primary school on the island. I was hoping she would be assigned again to a school in the South, which is where we used to live and the part of the island I liked.

However, of course she ended up being assigned to a school in the North.

I know you might be looking at Tenerife on the map and say, what’s this fuss about North and South?! it doesn’t look that big and for a person like me who has lived for years in London, what difference can it make such a short distance?

Well at first I thought it was a petty thing too, but Tenerife is really split in two.

In the South the weather is good pretty much all year, it’s constantly sunny and for this reason is the most touristic part of the island. There are tourist towns like Las Americas which I never really liked anyway, but also places like El Médano, a little surfers village with a great vibe, a lot of activities and full of like-minded digital nomads.

While the North it’s colder, rainy, not very touristic and gives more the feeling of an island in the middle of the Ocean rather than a (sub)tropical island where you go flip-flopping around all year round.

At least that was my vision at the time.

Anyway, long story short, we moved to Santa Cruz, the capital of Tenerife, a nice and lively city, which however I just hated when I moved there. Although, that wasn’t for the place really, it was rather my state of mind.

First of all, I wasn’t completely sure about staying in Tenerife, I felt I was just staying because of my girlfriend, but in reality I had nothing to do there myself.

I was thinking maybe that wasn’t the right place for me to be, but on the other hand I didn’t want to go back to London and I really had no idea where else to go. I was tired of being a nomad without a base and a real objective in life.

This situation was definitely worsened by the fact that I wasn’t happy with my job. I was working (and I still am) for Coplug, a software company which I joined from their startup phase back in 2018. The job was pretty interesting at first, but then it became more and more repetitive. An easy job, but not very rewarding. Plus, I was doing it part-time anyway, so I needed something else to fill up my week.

Browsing jobs on LinkedIn something caught my attention: Toptal. Top 3% freelancers in the world, fortune 500 clients, work remotely from anywhere, set yourself your schedule and a serious-looking screening process which would take months. So it didn’t look like the classic freelance platform. That looked like a potential solution.

So I started the application process, but since that would have taken a while and I wasn’t sure to get in, of course I couldn’t rely just on that..

In general, once you’re a freelancer you’ve to try to open as many doors as possible, or at least try to get them half open and wait behind them, hoping some doors will open – and also that they won’t open all at the same time (which is often the case too).

During the summer my friend and client Valentino (for whom I designed Valuxxo) proposed me to join his own agency, iDigit Group. An agency offering 3 main services: SEO, digital ads and website design.

Valentino is a SEO expert and as such his agency website was very well positioned in Italy and he was getting a lot of work requests, mostly for creating websites.
However, he had no one in such a department and since he was busy with his other project Valuxxo, he had been forced to turn down a lot of work.

I have to say that looking at the website I was a bit sceptical, but it was time to try it out.

So first of all I started redesigning the website. It might have been good from a SEO point of view, but from a design point of view…I wasn’t able to look at it, imagine promoting myself on it.

Secondly, I thought that if I had to take care of a design department, I couldn’t possibly do it, granting a maximum of 20 hours per week. There might have been big work to do in a strict time. At the same time I wasn’t sure if the work demand would have been consistent so that I could live just out of that in order to leave Coplug. Furthermore I was still doing the application for Toptal and I still had occasional clients which I’ve had for years.

So I thought I needed another person, and my first thought was Mauro the Jaguar.

Mauro is an old uni friend, we studied together in Rome ages ago. Then he also moved to London and there we worked together for a company. I even mentioned him on this very blog –  he’s the one who took my London life when I went travelling to Asia. Why is he the Jaguar? Long story.

I explained the plan of the agency to Mauro and he agreed to join from January. He had a venture with a friend which was planning to close down by the end of the year, so from January he would have been open to work.

NEW YEAR, ALL CAME TOGETHER

Have to say that December was disastrous, it was the peak of Omicron, had some plans cancelled like half of the planet, I was Covid positive on NYE (probably like a quarter of the planet) and well I reached a moment of depression… Anway 2021 finally went by and  January started in a pretty good way.

I passed all the 4 steps of the Toptal’s screening process. I have to say, it wasn’t easy at all, but now I’m finally a Toptaler!

Secondly, we started the design department of iDigit and maybe that was the case, but right after we launched the revamped website we got the first job. It was the redesign and reorganisation of the Lira website, launched just a few weeks ago. After that we started working for 2 other projects of some old Valentino’s clients. So iDigit seems to be going.

Back in March I also got a two weeks contract with Noon, a company operating in the EUA, I didn’t know about them before, but they’re fairly big. They also asked me to stay longer, but I really had no time – I took holidays from Coplug to work for them. Plus it was a marketing job, it was nice for 2 weeks to get back to a marketing department, like the old times at Nido, but I’d rather focus my career on UI and UX design at the moment.

You would expect I got this work through Toptal after all the screening process, etc.. but no, it came through YunoJuno, another freelance portal.

YunoJuno doesn’t have a screening process like Toptal, although you have to be qualified and have recommendations from old employers. Plus, it’s only for freelancers and clients based in London and New York. At least that’s how it was a few years ago when I joined, not sure about now.

I’ve always been available on YunoJuno, but I’ve only done a few jobs there and got not many requests in general. Maybe I should have applied for jobs, but I never really bothered to do that.

On the contrary, since I entered at Toptal I had to put myself on “not available” since I was getting a lot of requests from day one, but until now I’ve been more than fully booked.

Finally, on the not working note. I started to really like Santa Cruz and it seems like he’s staying for a while. I made a lot of friends and now I even prefer it to the South. In fact I wouldn’t go back to live there. Looks like I found my place.